Set in a well-to-do English environment of the early twentieth century, The Lucky One is a story of two brothers:  Gerald (Robert David Grant), the younger, the parents’ favorite, is blithely successful at everything, from sports, to girl friends, to his big job in the foreign office.  Bob (Ari Brand), farmed out to a barrister’s office where he never should have been (but then, where should he be?), seethes with jealousy and bitterness.

That’s a good set-up for a play, and the dialogue is crisp and often amusing, but there are many loose character ends.  Ultimately we don’t understand who the characters really are or why they act as they do.

The mother, Lady Farrington (Deanne Lorette) and father, Sir James (Wynn Harmon) are cliché uptight ciphers, obtusely favoring their “best” son.  A live-in great aunt descends on occasion but plays no role in the action.  Why is she in the play?  Her heart-to-heart talks with whoever’s around lead us to think she has the wisdom of age and understanding of the characters that they lack for themselves but it turns out she misses the point as much as everyone else.  So, except for cute character color, played charmingly by Cynthia Harris, she’s superfluous.

And who is this Pamela anyhow, the object of both brothers’ attention?  In this socially calculating world, we’re given no clue to her background or her parents.  What does she do for a living?  Or to pass the time?  No idea.  It’s easy to see why she’s attracted to Gerald but what on earth does she see also in that dull, untalented, incompetent Bob? 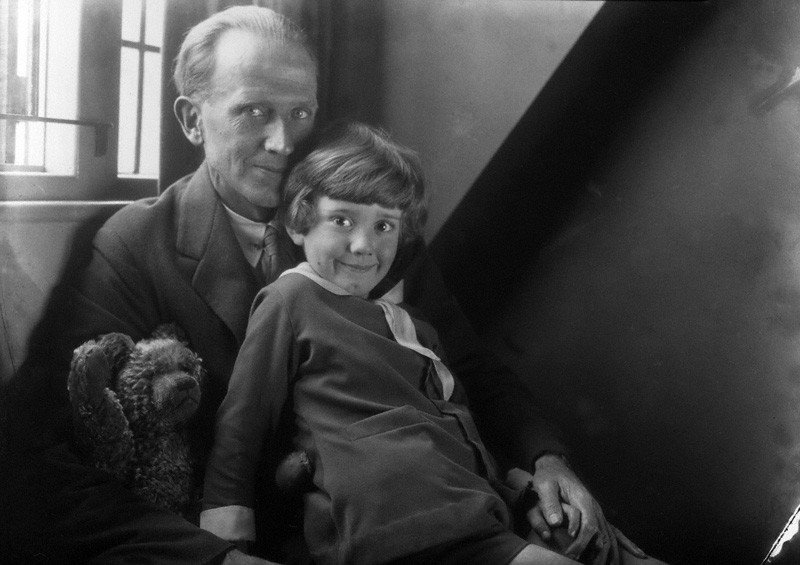 Maya Cantu’s fine, brief biography of Milne in the program quotes him as saying, “Every human is a mystery, and nobody knows the truth about anybody else.”  But if the audience hasn’t a clue about the characters and their inconsistencies, they drift off from engagement with the play.

With all its disappointments, The Lucky One has a magnificent episode near the end.  Gerald, having for once come out on the wrong side of winning, has a long speech in which he anguishes over the contrast between the rosy view people have of him and his inner insecurity and conflict.  Who knew?  Not Great Aunt Farrington, for sure, though she’s supposed to be an insight maven.  Still, it’s a beautifully written episode, magnificently inflected and performed by Robert David Grant as Gerald.  A true character change emerges before our eyes.

The Mint gives The Lucky One an appealing production in terms of set, costumes, and for the most part acting. Uncharacteristically for this brilliant theater company, the character of Bob is miscast and misdirected.  Milne fell short in giving Bob no distinguishing brilliance of wit or intellect to serve as a counterweight to Gerald’s glamour.  Still, the spastic movement and staring pop-eyed facial expressions Ari Brand adopts for the role make it all the harder to believe that Pamela could be possibly be attracted to him.  But then, we don’t have anything to go on where she’s concerned.

Milne was a prolific author and, as the program notes, was a highly successful playwright for many years before slipping from favor.  In 2004, the Mint produced what is said to be one of his best plays, Mr. Pim Passes By.  The Lucky One, first produced in 1922, is quite autobiographical:  sometimes that works for the author, sometimes not.  In any event, the best reason to see this play is to learn that A. A Milne, so well known as the author of Winnie-the-Pooh and other children’s stories, also wrote plays.

The Lucky One plays at the Beckett Theatre in Manhattan’s Theater Row on West 42nd Street through June 25th, 2017.  For more information and tickets,  click here.

yvonne…interestingly this was the exact dynamic between my sister leslie and me…i was the favored child with outward success while she failed at school and many other things growing up…and so for decades i felt like an impostor…secretly insecure while outwardly showing the trappings of success! so i very much appreciate your write-up…

I see what you mean. So my question is, isn’t it better to some degree to be the one with outward success? At least I’d think it gives you a platform to leap from when you gain insight!