Thank heavens for Off-Off-Broadway!  It gives you the chance to see a superb work by Paul Dick who has written over 15 musicals based on classical works of literature, among them, Wuthering Heights at the Mint Theatre Space, and Madame Bovary reviewed here.  Still, his work hasn’t yet received the broad recognition it deserves — it’s awaiting!  And now’s your chance to come to know him, and see a moving, song-filled exciting show.

Once is adapted into musical theater from a one-act play, A Sunny Morning, by Serafin and Joacquin Quintero, and Twice is based on Anton Chekhov’s short story The Bear.  Each in different ways reminds us that, given half a
chance, love can overcome the distance between people and how tremendously lucky we are when we let it happen, whether for the first time or … twice. 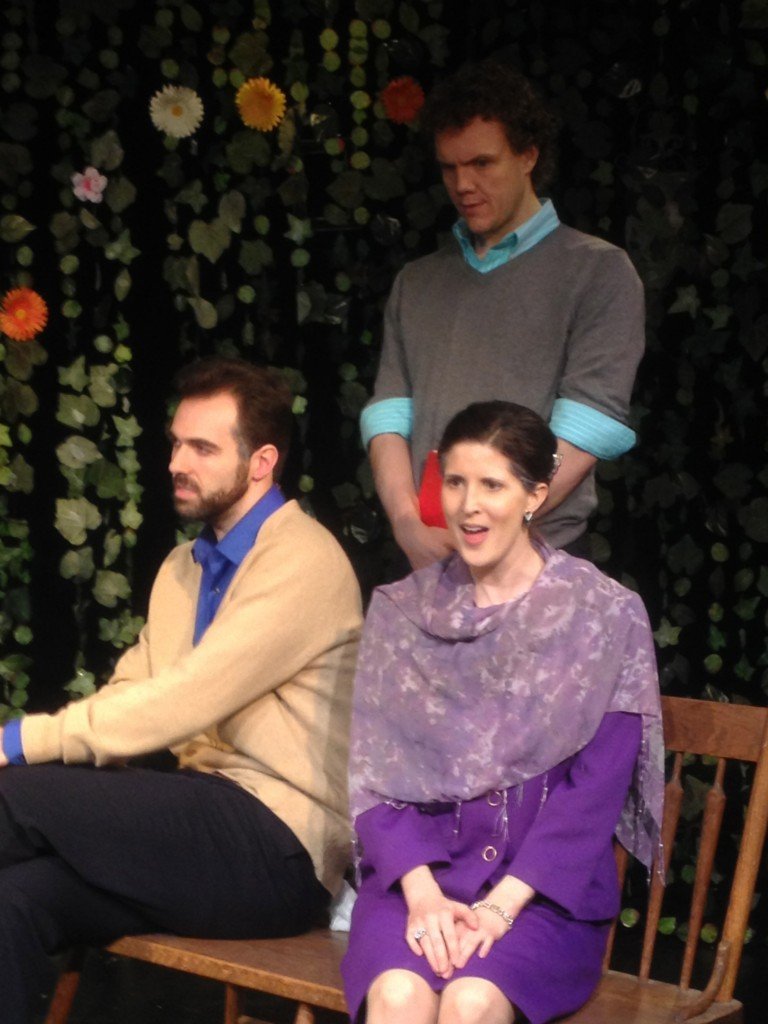 ONCE with, L, Joseph Robinson as Gonzalo, R, Carmella Clark as Dona Laura, with Brandon Grimes, behind, as Gonzalo’s servant. Photo: Louisa Pough

In Once, from the Quintero play, a proud, elegant elderly lady, Dona Laura (Carmella Clark) and a dour, feisty elderly man, Gonzalo (Joseph Robinson) engage in a tug-of-war over a park bench in Madrid.  Irritable conversation leads to revelation: she realizes they were once lovers “Thirty Years Ago” (the title of one of the beautiful songs) but doubts he knows it.  And if he doesn’t should she tell him? or let him remember her as the beautiful young girl she once was?   And .. .vice versa.  Will they pass as ships in the night?  Hope not!  A luscious abundance of songs … from “Changing Seasons,” “His Dream,” “Once,” “In A Villa In Valencia,” and more radiate naturally from their feelings and experience on this wondrous “Sunny Morning” (the song, “A Sunny Morning,” sung in its reprise as a musically exciting quartet).

A bold segue signaled by a large bottle of Smirnov vodka moves us to Russia and Twice, after Chekhov’s The Bear: Immediately we’re in a very funny song, “Woe!” another  stunning quartet in which servants and the bereaved widow, Elena (Emily Leonard) all sing, together but apart, just how they each really feel about last night’s sudden death of the master of the house.

Time passes — “A Year Of Mourning In Approximately Two Minutes” — and Smirnov (Brandon Grimes), a big bear of a man, arrives looking for repayment of a loan that Elena can’t pay until the day after tomorrow — not soon enough for Smirnov. 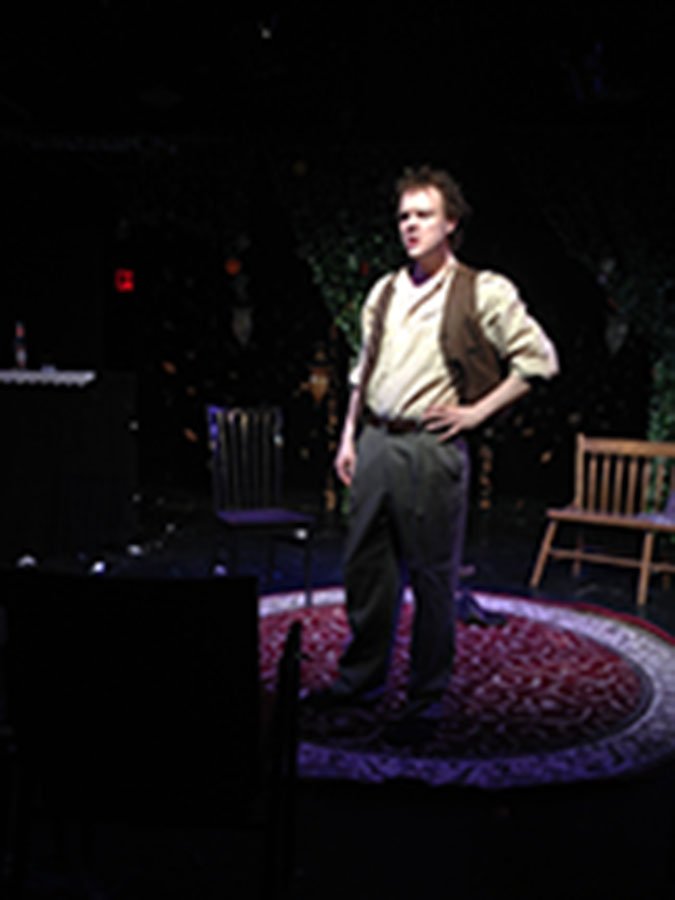 In a show-stopping song and performance, Brandon Grimes as Smirnov sings  out the names of all those who owe him money in the song, “If The Answer Is No” — as fast-paced and unstoppable as Figaro’s aria in The Barber of Seville, and thrilling.  What a tour de force of baritone singing by Mr. Grimes.  But all the performers in this beautifully produced and directed show have fine voices, heard directly without any mikes to intervene, and with Ming Aldrich-Gan’s piano expressing the beauty and vitality of Paul Dick’s music.

From the first moment to the last, this show has you smiling with sheer delight.

This definitely falls in the different strokes for different folks category. I described what I saw and felt about the show — no strings attached.

Given that people see things in so many different ways, I find that to take the view that people who don’t agree with you are “bogus” isn’t realistic.

I honestly don’t understand what you saw that I missed!! Though the actors did their best to bring the stories to life, Mr Dicks songs are old fashioned , repetitive and bring the story down instead of up . The songs are old and tired and for the most part are pretentious and difficult to listen to. A joyous evening it was not. Most people there were the elderly who were given comp tickets . I felt robbed of the 18 dollar ticket price based on your review. I believe this site to be bogus in its review!

Thanks for the comment after my own heart … I saw it much the same way.

What a wonderful evening of real talent from composer, to librettist, to the performers. Peter Dick is really a hidden treasure – this is the second and third of his works I have the privilege of seeing. His composition is complex but comes across as music which tells the story. I just wonder what this would be like fully orchestrated? The performers also male the mark – it was quite refreshing to hear real voices and not through the speaker and microphone.