This musical adaptation conveys to a remarkable extent the epic scope and compelling narrative force of Flaubert’s novel.  One is intent, watching the musical, on catching every word and the meaning of each episode in the personal saga of Emma Bovary, beautiful and given to romanticism but in other ways not truly remarkable.  What a lot of havoc romanticism can cause!  The songs are abundant, and carry us effectively through the emotional phases of the narrative;  musically they were somewhat expectable.  For me, the best of the songs are the ones that are tough and “realistic.”

Emma Bovary is a provincial French woman with a sense of wanting something larger, more  upper class, more all consuming — hard to put a finger on it but something different from the stifling middle class existence fate has handed her.  In the musical we first meet her, and her fantasy romanticism, at her wedding to the dull, unimaginative, and much older doctor Charles Bovary where, in the midst of the ceremony she — as a theatrical aside — is wishing her marriage were taking place at midnight. 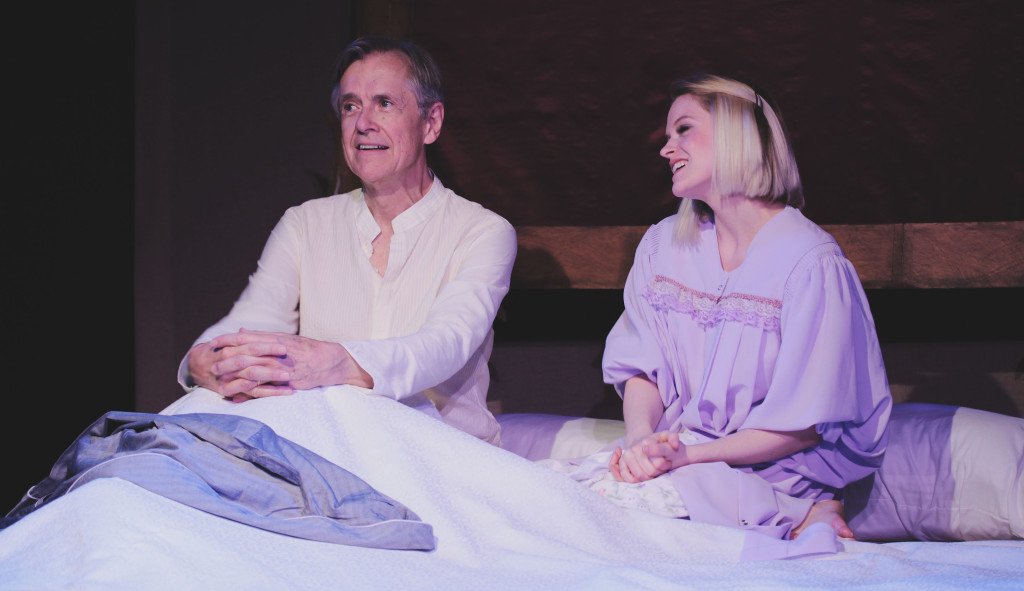 From there on the marriage continues to disappoint:   “Tick tock, tick tock” she sings with ironic monotony, bored on the marriage bed.   But how to create that something better, more luxurious, more outstanding for herself?

The musical does a fine job of developing Flaubert’s theme  that for a woman of her time and station, the road to something better — whatever better is — lies not in herself but in finding — and hooking — the right man.  Her brief concerns about the import of “holy matrimony” don’t stop her from entering into an erotic though at the time unconsummated relationship with Leon, a young student — they share a meeting of the minds and a picnic basket — and when he leaves to study law in Rouen (not Ruen as in the program), she’s easily seduced by a wealthy landowner, Rodolphe  — who won’t, however, “save” her either.

As a salve to her yearnings and disappointments, Emma takes to buying luxuries for herself and her lovers — on her husband’s credit.  Faced with bankruptcy for her husband, she pulls on her old sexual self-confidence once again to lure money out of her lovers but, it turns out, they’re not that interested.  Eventually, though, as the tradesman Homais sings in a wonderfully nasty show-stopper song, the piper must be paid.  It’s fascinating that whatever our assumptions about 19th-century provincial France, the final disaster is caused not by her infidelities but by money.

The focus on that fiscal bottom line reminds that Flaubert set this story during the monarchy of King Louise Philippe I in the period of 1827-1846, characterized by the rise of the middle class.  (Why, according to the program, the musical is set in the 1890’s is beyond me, and makes the reference to the King irrelevant.)

Naturally the adaptation of a long, famously and beautifully detailed novel into a viable musical requires enormous condensation and leaving out, and an important reason the musical retains its narrative thrust is Paul Dick’s skill in doing this.  I think, though, that omitting Emma and Charles Bovary’s daughter was carrying streamlining too far:  the daughter is truly essential to understanding Emma’s character, conflicts and actions, and to the story as a whole.

Hayley Hoffmeister as Emma sings with skill and strength and acts with uninterrupted focus, elements in this main character largely responsible for the unremitting vitality of the musical.  Perky as she is, though, I feel she’s miscast in this show:  her accent, movement style and expressiveness speak much more of the American west or mid-west than of 19th-century France, and her contemporary hair bob is so notably anachronistic it’s distracting.  (During the show, I kept thinking she’d be great in Oklahoma and I’ll be darned — according to the program notes which I first read after, as I usually do, she received herBA and Master’s in Music Theater Performance from Oklahoma City University). 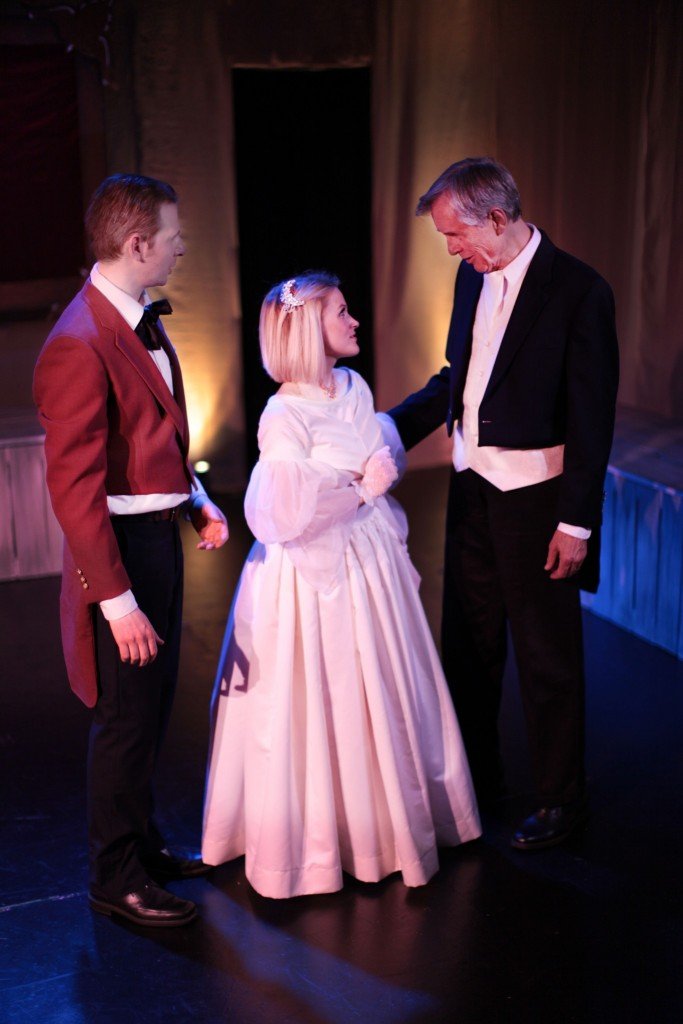 Among the good roster of performers, those who best transport us across the Atlantic to 19th-century France are Eyal Sherf and Christopher G. Tefft.  As the seducing landowner, Sherf conveys wittily, while always staying in character, a fascinating snaky allure and a European flavor:  he convinces us that for

Rodolphe, Emma is never more than a plaything and yet, at the same time, how deeply he’s affected by her beauty.  You believe his desire.

There’s an allure all its own, and a big, satisfying  voice, in Christopher G. Tefft’s calculating, leering, and bottom line realistic Homais.  He brings both brutality and poignancy to another of his show-stoppers, “Why Not Me?”

Madame Bovary, the musical — a rich evening of theater!

It’s the only one I know. Yvonne

Sorry I didn’t see your comment earlier (Typepad mistakenly put it in a “spam comments” folder tho’ there was nothing about it to suggest spam). I’ve made the correction. I thought you were outstanding — I didn’t take my own photos but used the ones made available to me — I wish there’d have been one of you among them! Thanks for writing and best of luck — I’d love to know the next show you’re in. Yvonne

This iteration of Madame Bovary told the story – the music, signing and acting all worked together. An ambitious project handled well by, in the main, a young but talented cast. If do not want to read the novel or can not read it in its original French then this production will more than suffice.

As I read your comments, even though what each of us wrote has a different overall tone, i.e., I liked it and you didn’t, I think we don’t so much as disagree about the different factors as responded to and talked about different aspects of the show. In writing, I focused more on the way the story was told which is what impressed me the most, and that I did enjoy a lot. Also since there were two performers, playing Rodolphe and Homais, that I thought were truly good, I brought that out. So if you think about it, there’s… Read more »

We went with comp tickets and were disappointed with this production. A couple of the songs were good , but really Mr Dick over does it with his style of music . He is ostentatious and overly wordy , trying to seem grand. Some actors were ok, but for the most part they either underacted or overacted, and with the exception of a couple decent singing voices the cast was just so so .

Yvonne,
I very very much appreciate the things you’ve said about our show. Thank you so much. I’m wondering if you could correct the spelling of my name. Not only was it incorrect in the playbill, it is incorrect here as well (But how could you know that when the playbill wasn’t even correct!) Its “Tefft”. Although I’ve contemplated changing it, for this very reason that its too difficult!
Once again- Thanks so much. I will be sharing your kind words.