This is a play about a play and requires some explanation.

In January 2009 Target Margin produced Ten Blocks on Camino Real, a powerful theater experience based on Tennessee Williams’ Camino Real, but as reworked by David Herskovitz, who focused on one of the several stories in Williams’ beautiful but sprawling play.  The 2009 production was a remarkable and audacious job of editing a great writer without altering his vision.

The Really Big Once, a new play, described as company created but surely with essential shaping by Herskovitz, dramatizes the interactions between Tennessee Williams and director Elia Kazan that went into the production of Camino Real on Broadway in 1953 where it was a critical and commercial flop.

But after all that mining there was so much left over. Dealing with original documents, the intimate connection with these intensely creative men, the excitement of discovery was a powerful experience.  Faithful as Ten Blocks on Camino Real was to Williams’ vision, it didn’t express all that Herskovitz & Co. had learned.  The Really Big Once was created to tell the rest. As Herskovitz writes in the program note, “This play is a personal story masquerading as a documentary drama.”

So with that explanation, what about the play?

If it was really masquerading as a “documentary drama,” one would expect to be able to keep track of what was happening, but The Really Big Once is confusing. Not poetic, not experimental, but confusing.  The story line is fractured which can be effective if it has a purpose but here is just baffling. The five actors switch parts, seemingly at random, so it’s sometimes not clear, for instance, which is Williams and which is Kazan, and by the time you figure it out they’ve switched again.

The Really Big Once asks a question: Why wasn’t Kazan more effective in guiding Camino Real toward the structure it needed? Kazan says he knew what was “wrong” with the play but didn’t follow-through.Why not? Williams, whose own opinion was that Camino Real was “beautiful but flawed,” made a serious effort to work with Kazan.

The play’s answer involves the effect on Kazan’s life in the wake of his recent testimony, in 1952, before the House Un-American Activities Committee, where he’d “named names” of people who’d earlier been associated with the Communist Party. Others had refused to testify as a matter of conscience but not Kazan. Many thought Kazan had betrayed others in order to save his own career, and he became something of a pariah in theatrical circles. The Really Big Once suggests that the turmoil surrounding these events weakened his directorial force.

Isolated because of his testimony, the play suggests, he used actors from the Actors Studio to try to “stay friends” even though those actors were inappropriate for the poetry of Camino Real (my guess is that Eli Wallach, who starred as Kilroy, would be up to the role). It’s also suggested that guilt inhibited Kazan’s creative strength, which counters all that’s known from Kazan’s own statements and indicated by his direction of On the Waterfront a year later. It’s interesting to consider these ideas that directly oppose the usual interpretation of Kazan and his testimony, and if the documents Herkovitz and Target Margin studied can back up their ideas, they should write an article about it.

But as a play, The Really Big Once lacks plausible characters and coherence. Hijinks aside, it seems that its immensely talented creators were too close to the material and too intensely engaged in it to find its drama.

The Really Big Once plays at the Ontological-Hysteric Incubator Theater through May 8th. 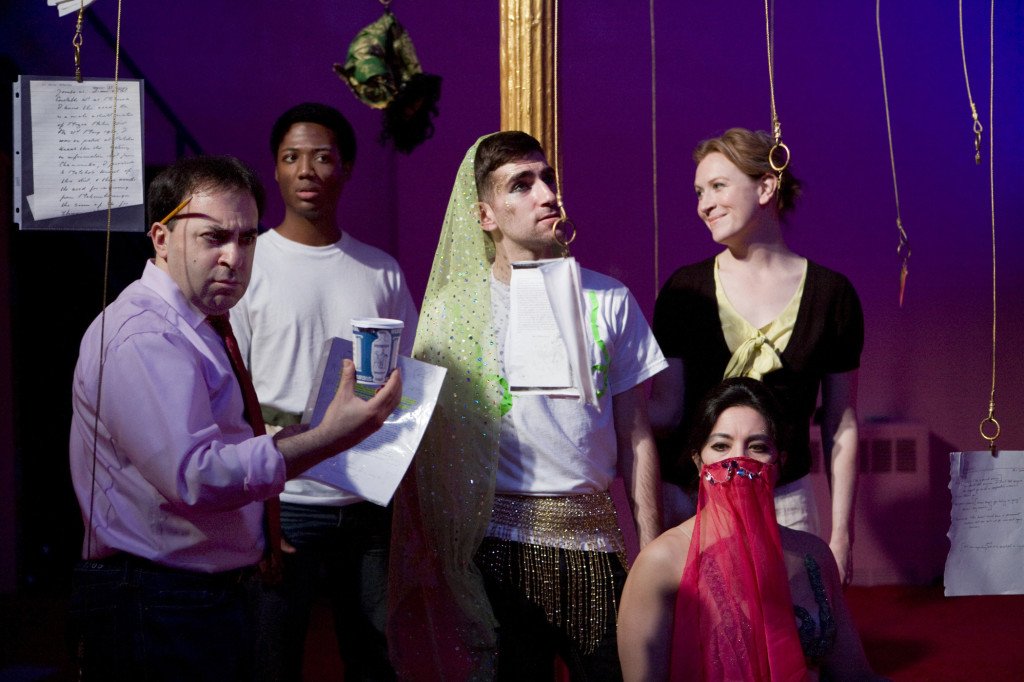