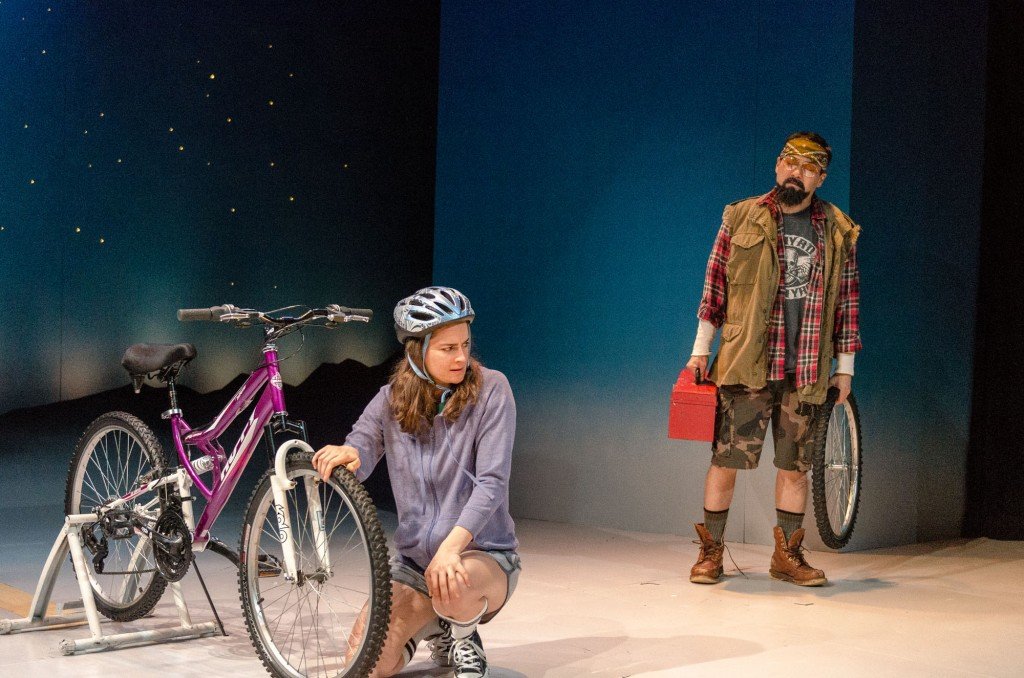 A play about a group bike trip across America sounds appealing but the view is confined to the not very interesting inner landscape of a “fucked up” young woman — her self-description.   On the positive side, it’s well acted — Jessica DiGovanni is standout in the role of 26-year old Penny — and it’s well staged.

Penny, a “Millennial” it’s emphasized, sets off on a trans-America bike trip to evade her spiritual claustrophobia and her possessive boyfriend.  She’s looking for a place where she can feel comfortable and maybe, even, settle. Fellow bikers are two single guys — the leader, Ryan, and Tim Billy — and a lesbian couple, Annabel and Rorie.  Matt with the Van is the on-hand Generation Xer.

Penny’s boyfriend Todd catches up with them but not before Penny has fecklessly connected sexually with Tim Billy and Tom, and darned if both guys don’t have the annoying tendency to insert emotion into sex: they’re looking for a relationship — it’s her boyfriend all over again.  All Penny wants is an emotionally anesthetized hook up.  Annabel and Rorie try by their example to persuade her of the virtues of commitment but that doesn’t work.

Because Penny’s “fucked up,” as she often says.   She can’t commit to any one or  any place.

The dialogue takes a stab at nominating Penny as a representative of the Millennial Generation, but that seems inserted to give the play more heft, since none of the other millennials shares her issue.  And the transgressions, which I took to be intended as a kind of descriptive critique of the millennials, were surprisingly timid.  Penny’s passionless promiscuity isn’t newsworthy, the lesbian couple, also not newsworthy, is domesticated, and “fucked up” is as wild as the language gets.  Penny and Ryan are on-stage nude for one stroboscobically lit moment. 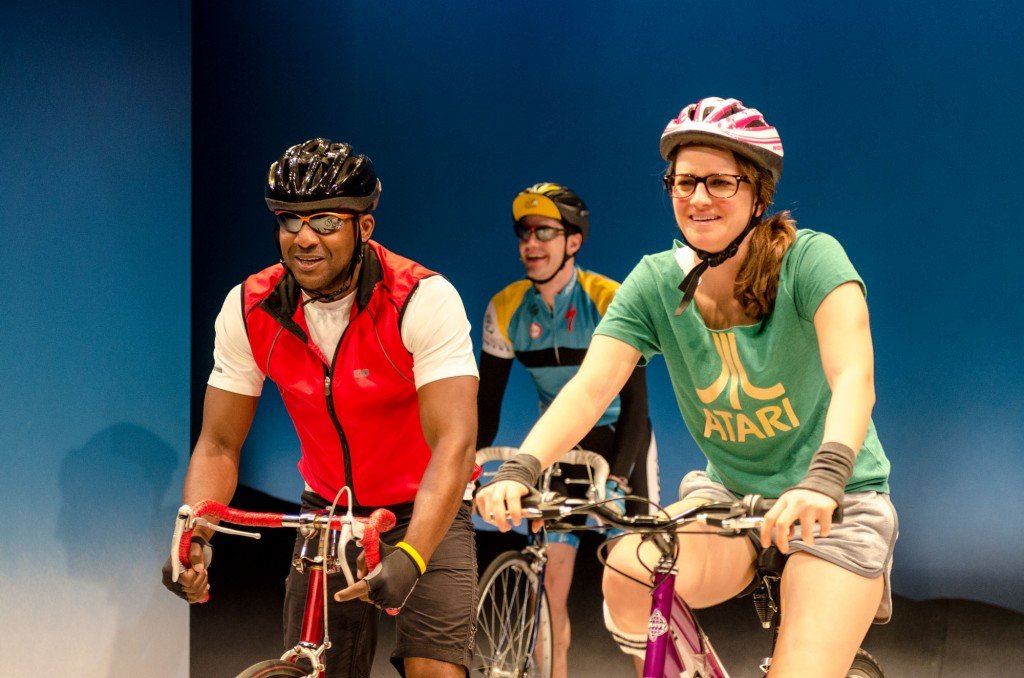 Jessica DiGiovanni is terrific at capturing current ironic lingo and expressions, and it’s fun to see her and her fellow bikers covering territory as if those bike wheels they tote are bikes that could really carry them somewhere.  The bottom line, though, is that we have no idea why Penny’s the way she is, and she doesn’t change in any way during the trip, nor does anyone else.

Bike America plays at The Theater at St. Clements on Manhattan’s West Side through October 20th, 2013.

As a bicycle rider this really doesn’t seem very appealing. What’s interesting now is that at least New York City is going more bicycle than it was before – perhaps we’ll have a better play concerning the use of the two wheeled vehicle.