For a thoroughly enjoyable time, go see The Anderson Twins Play The Fabulous Dorseys at 59E59. 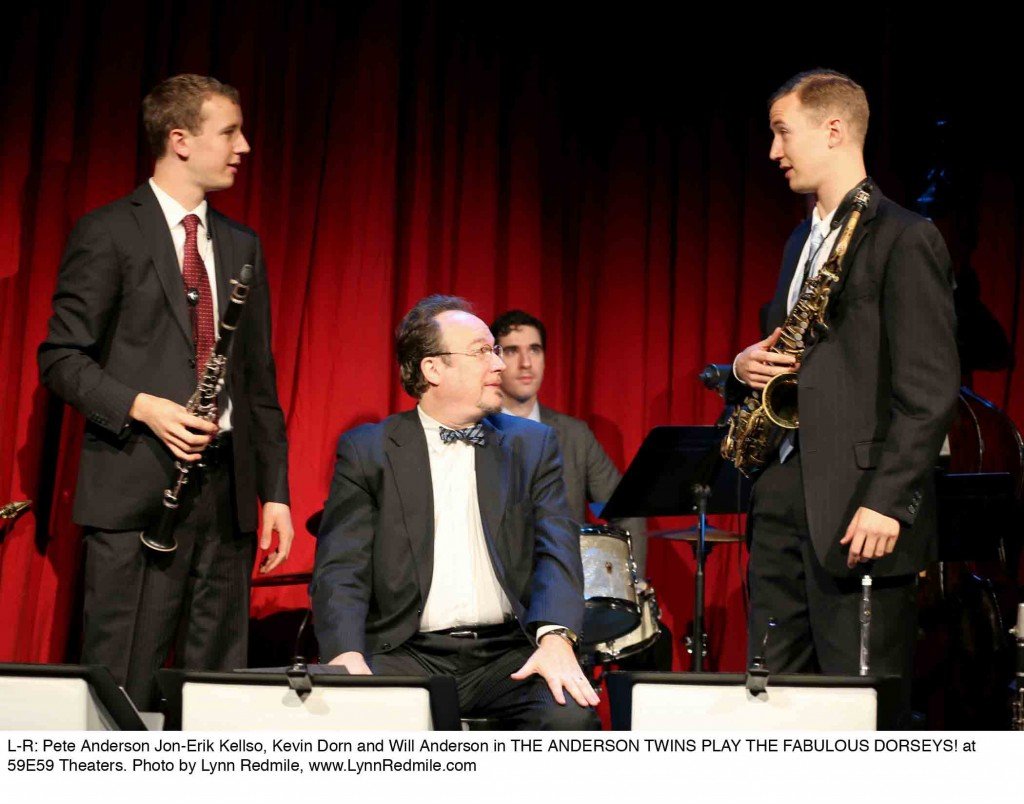 Here’s how it goes:  it’s not a theater, for the time being, but a nightclub from the 1920’s or ‘30’s, think speakeasy, draped in red with little round candle-lit tables instead of regular audience seating — if you like you can bring a drink you’ve picked up at the Mezzanine bar down below.  Settle yourself in and listen to six wonderful musicians play jazz like Tommy and Jimmy Dorsey, interspersed with hilarious clips from the 1947 film about the Dorsey brothers in which the Dorseys played themselves — how fascinating — and it gives you just enough of the story line of their lives for fun and interest without taking away from the great jazz the band is playing.

There’s another marvelous film insert I’ll leave for you to discover — but what a laugh!

Flanking the group the twins, Pete and Will — two players both accomplished on the saxophone, clarinet and flute (a little amazing!) — whip through their changes of instruments, solos, ensembles and improvisations.  They’re more or less look-alikes though not identical and it’s fun to watch their individuality — musical as well as in personality.  Between them is Jon-Erik Kellso on the trumpet, Ehud Asherie’s on the piano at right, and behind are Dave Baron on bass and Kevin Dorn on drums — what a feast! 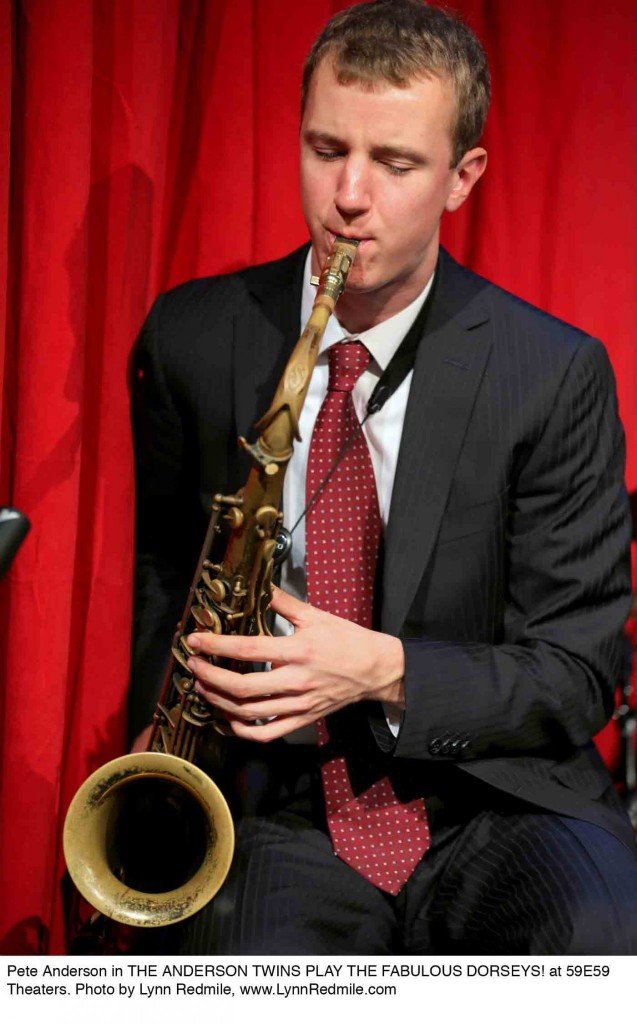 One wonderful jazz piece after another, from “Tangerine” to “Way Down Upon the Swanee River,” from ensemble to solo, the fast-paced jazz lifts the spirit.  Among favorites … Kellso’s thrilling solos … Asherie dazzling picking up from where (filmed) Art Tatum  left off … Will Anderson’s virtuoso tour de force playing Rimsky-Korsakov’s “Flight of the Bumblebee” — what an enchanting piece of music.  And, yes, you hear the bee.  But these are six outstanding musicians in a jazz fest filled with favorites!

Go!  You’ll have a great time — and come out of the theater with a big happy smile.

The Anderson Twins Play The Fabulous Dorseys plays at 59E59 Theaters in midtown Manhattan through October 7.

This is one of the most delightful theater pieces in the city of New York! The musicians are really very good, the film clips add a wonderful poignancy to the performance and all in all it is just fun. What I especially liked was that you could hear the words in the music especially with the clarinet and the trumpet pieces. If you want 90 min. of sheer pleasure go to 59th.