It’s a great idea — as composer and lyricist Stephen Schwartz — of Godspell and Wicked —  thought when he first brought Working to the stage not long after the publication of Terkel’s book.  Revised and performed through the years, in its current version it’s an engaging and at times moving series of fine musical numbers (though I wish there were no rhymes, see below), beautifully performed by a cast of six who, all in all, take the parts of twenty-six characters and sing in the ensemble.

END_OF_DOCUMENT_TOKEN_TO_BE_REPLACED 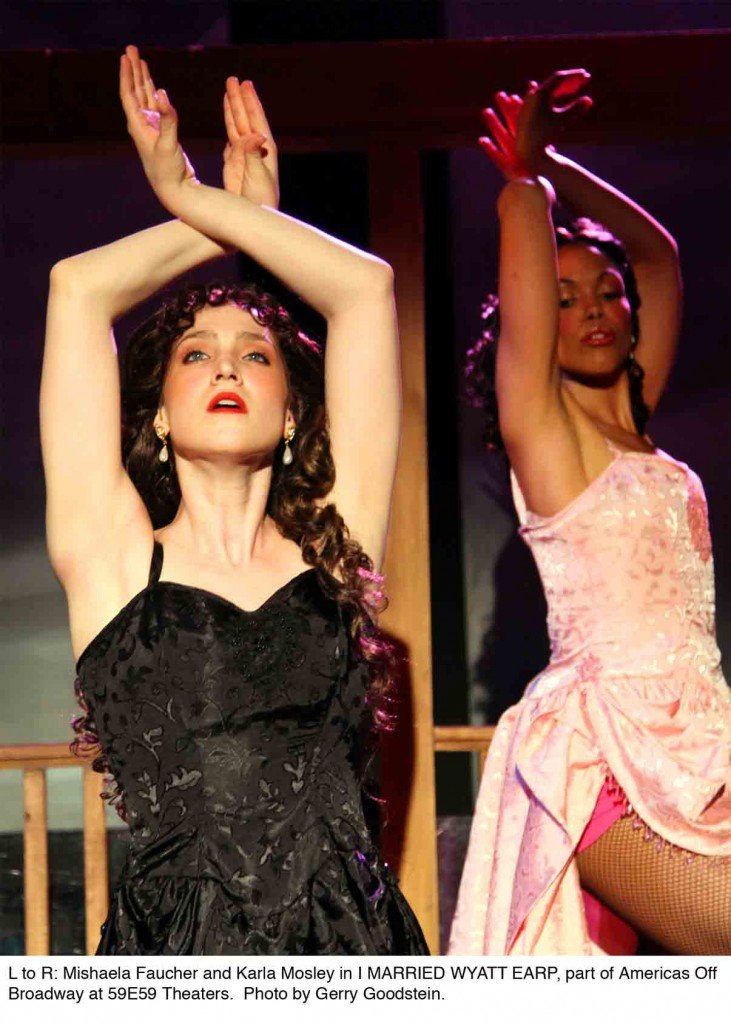 Throwing convention to the winds, a girl from a well-to-do San Francisco Jewish family joins a traveling theater troupe to get herself to the wild west, where she meets and marries, well, common law, Wyatt Earp — what a promising idea for a musical!