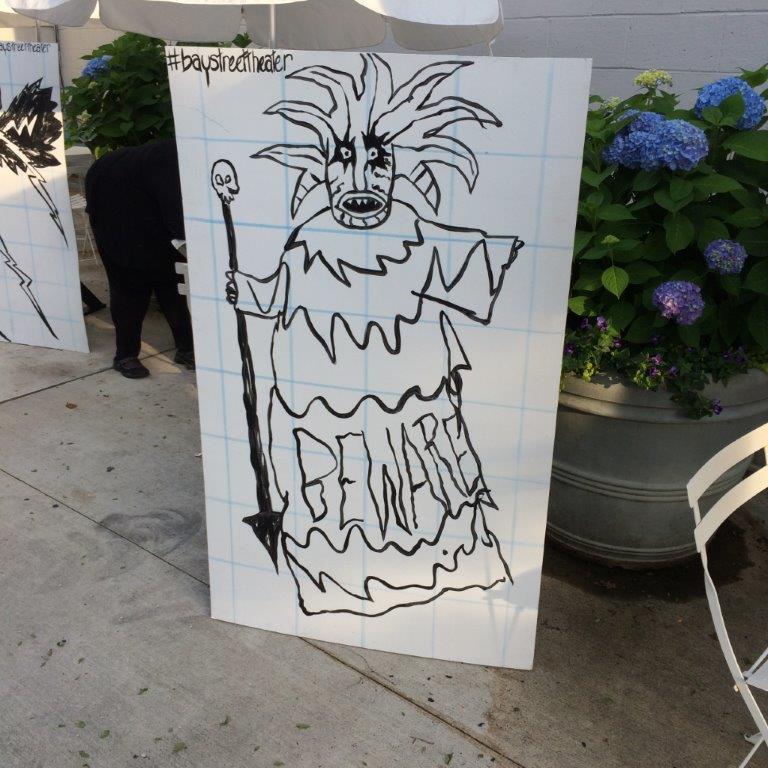 Young Jimmy has a talent for drawing comics, creating fantastic characters like Inca Binca and Lightning Lady.  A boy busily making up characters and drawing comics — this show, based on Feiffer’s book The Man in the Ceiling is autobiographically inspired

Jimmy’s conventionally-minded father is impatient with this childish and artistic pursuit and pushes Jimmy to become a regular guy who plays baseball and studies for his school tests.  Jimmy’s mother is a busy professional woman who offers weak protection– when she has time, and his older sister Lisi, though she has moments of sympathy mainly dwells in a teen-age manic state.  Charley Beemer, a loose-limbed teenager who’s good at baseball, is a threat as he tries to exploit Jimmy’s talent for his own benefit.  Only Uncle Lester, with a history of writing unsuccessful songs, understands Jimmy, artist-to-artist style. 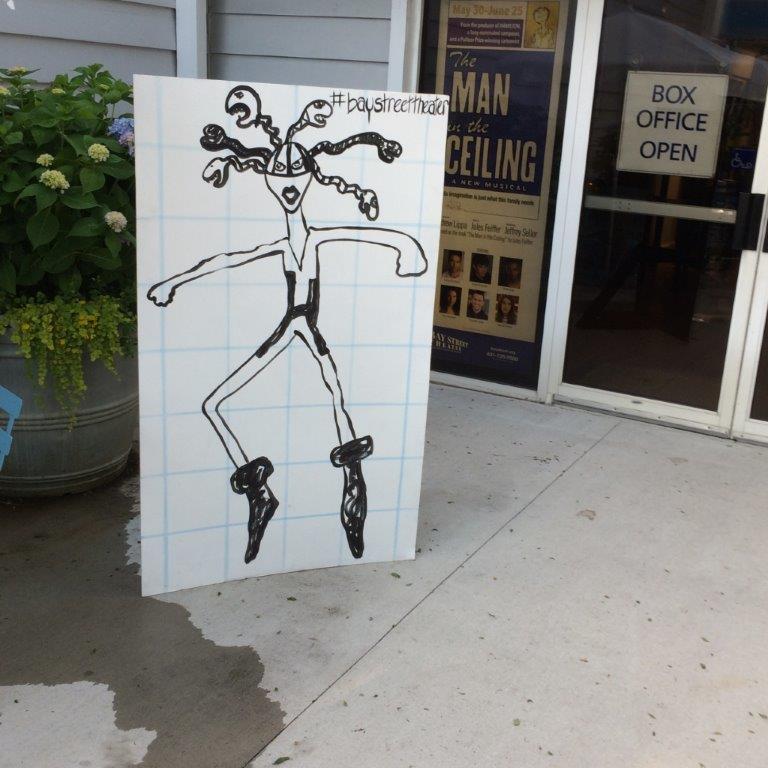 The show has some positive aspects.  Jimmy’s imagined comic characters, drawn from his family and his (false) friend Charley, are Jules Feiffer’s witty exaggerations of the types each of the characters represents.  The way Father, Mother, and the other characters alternate between donning their cartoon selves they carry like a shield when Jimmy’s imagining, and their real selves, is effective.  The drawings are charming and sophisticated– well, you’d expect that.  After all, they’re the drawings of a mature artist who has a career based on the allure of his drawings — Jules Feiffer – and not those of a little boy, a talented child, whether Feiffer or otherwise.

Also on the plus side, there’s a funny skit in the second act based on taking the words of a love song Uncle Lester has written to their literal, humorously absurd conclusion.

The set by David Korins, with clever projections by Daniel Brodie and Feiffer, is witty – I enjoyed the effect of torn-out-of-the-book pages from a spiral notebook, magnified. 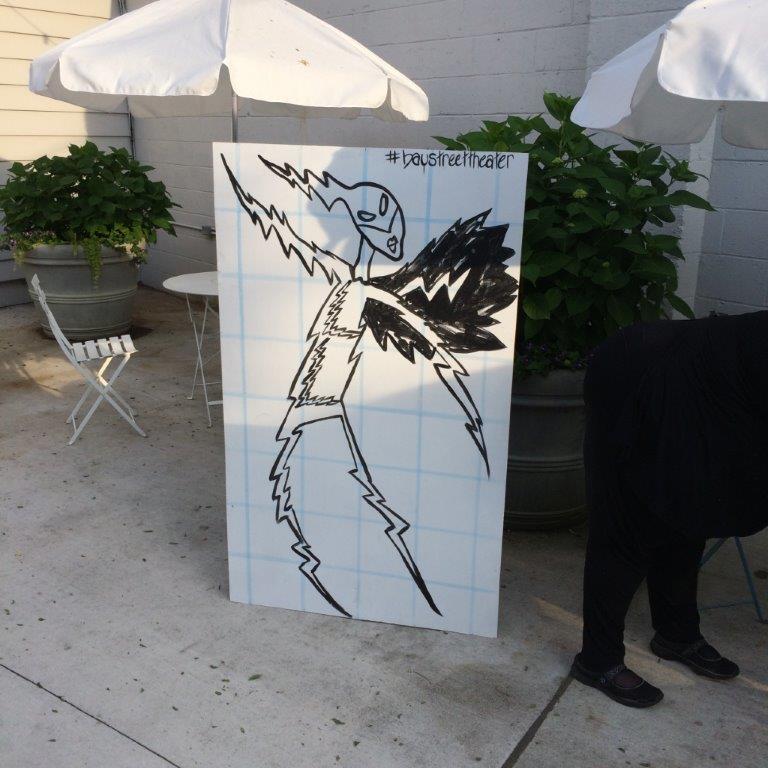 The performers do their professional best with the material.  Young Jonah Broscow is impressive as Jimmy, going well beyond being “cute” in his believable emotional responses to the highs and lows of his quest to create. Danny Binstock as Father has a beautiful singing voice. Nicole Parker is believable as frantic Mother.  Brett Gray as charismatic the sly teen-aged neighbor Jimmy looks up to and has a fine singing voice.  Erin Kommor is vivacious as Jimmy’s sister Lisi – I’d guess the eye-popping hysteria of her performance was the director’s idea.  Andrew Lippa is amusing as Uncle Lester. 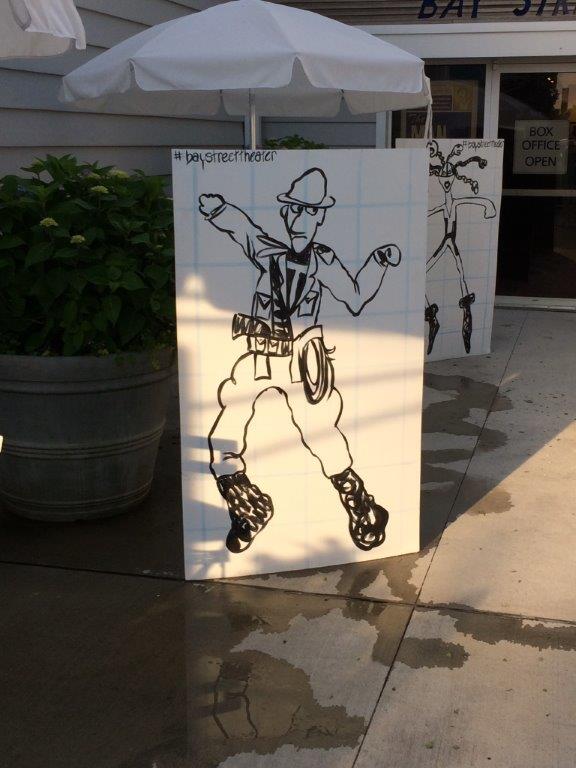 The show’s book as a whole, however, is disjointed and there’s a loud and garish tone throughout that’s tiresome.  Except for Jimmy, the characters seem there just to make a point about what Jimmy’s up against to protect his talent, and don’t give any sense of having lives of their own.  This is probably intended, as suggested by the fact that Jimmy’s parents are unnamed, just called Father and Mother – which leads to Jimmy addressing his father as “Father” where we expect “Dad.”

When the “man in the ceiling” finally appears as a visualization of Jimmy’s imagination, he’s rendered as a puppet high up maneuvered with sticks by the actors on stage, dynamically less complex than many other puppets used in theater.  Above all, what what the man in the ceiling says doesn’t amount to anything.  The music is sing-song repetitive, with banal lyrics and rhymes are of the “moon/June variety.”  The choreography – such as some ancient Egyptian art stylization to represent imagined Maya gods – is flat. 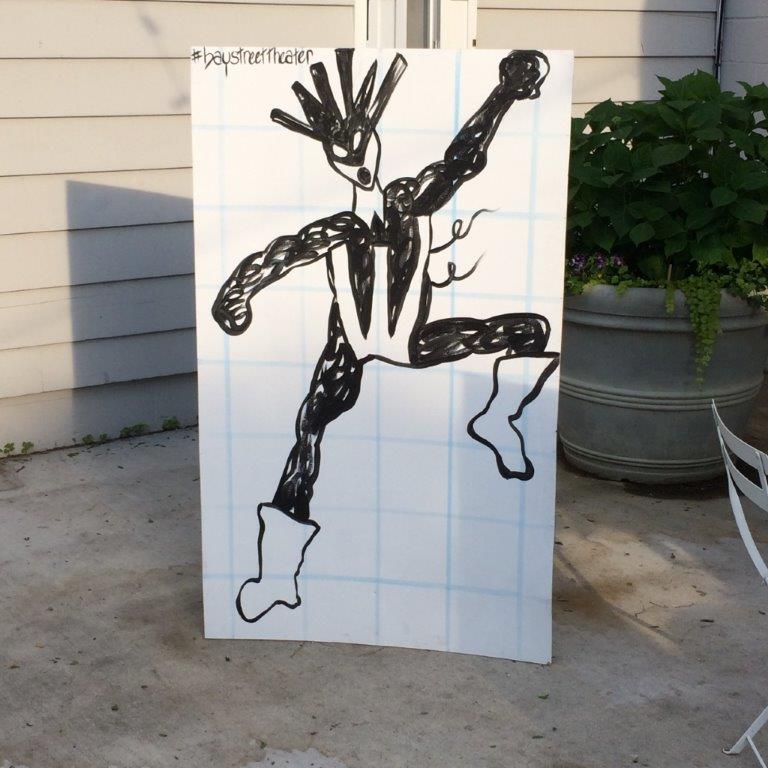 And I found it troublesome the tricky neighbor Charley, the one really bad guy (Father gains redemption but not Charley), is cast as a “cool cat” Black.  Even at the curtain call, most of the cast was posed together stage right as in a family photo, and Charley was isolated stage left, far off on his own. That seemed pretty gratuitous.

The Man in the Ceiling is directed by Jeffrey Seller.  It plays at Bay Street Theater in Sag Harbor, Long Island, through June 25th, 2017.  For more information and tickets, click here.

A graphic novel set to music not too successfully. I was disturbed by the role of Charley. This could be eliminated and would make me production much better. The second act much better than the first act. The use of puppets is a long Eastern tradition which was both interest in pleasurable to see in a very Western story.