Everybody Gets Cake is a zany, free flow roust through the free-flow  imaginations of its three creators.  Why do you go?  For laughs — and there are plenty of them! 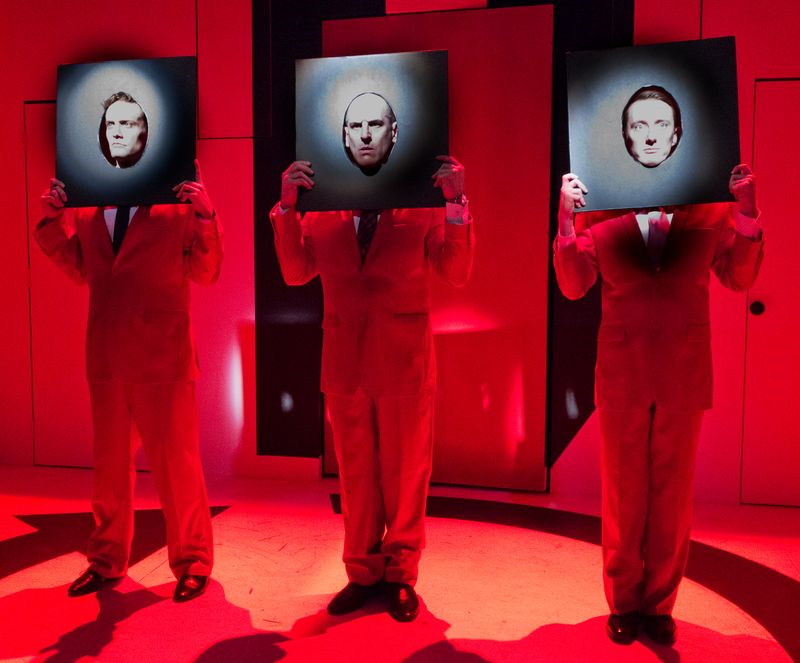 Using mime, surprise, and hilarious connects and disconnects that go back to early vaudeville and film comics like Charlie Chaplin and the Three Stooges, they scamper through kaleidoscopic vignettes, fighting with invisible objects, following impossible instructions, entangled in the absurd and valiantly surpassing it.  Director Mark Lonergan orchestrates a brisk and exciting pace.

The style looks back but, although there’s plenty of nostalgia, from World War I fighter pilots to Edith Piaf, this comic team also takes on current images and the stuff in everybody’s pockets.  The witty “symphony for two cell phones” is a classic.  Side by side with nostalgia, the primary colors, geometric shapes and staccato pace have zip and visual sass of Richard Foreman’s Ontologic-Hysteric avant garde theater.  It’s very refreshing.

The show gains delight and continuity from the engaging live music of Ben Model, an outstanding accompanist specializing in silent films, who composed the score and plays it on the keyboard synthesizer — piano music, but with some pretty great flourishes! 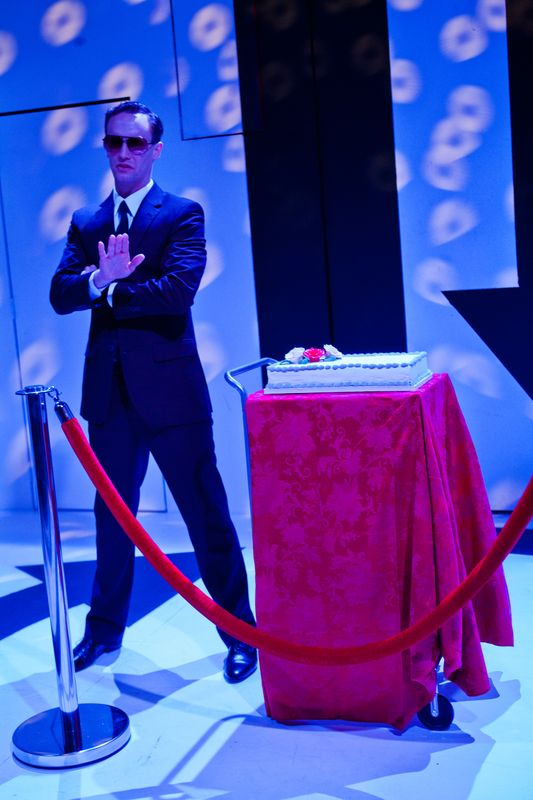 Jeske, Gardner and McBeth are quick change artists and talented clowns — it’s great fun, for instance, to watch rubber-faced Danny Gardner’s  expressions and light-foot grace.  The team takes on a myriad of roles in fast scenes that range from slapstick to satire:  I’d like to see them move in future shows toward giving more weight to satire.

And yes … though the way things were going, I was a little worried for awhile whether it was really going to happen … everybody does get cake!

This was a refreshing evening as the agenda was entertainment in the best sense of the word. Not every skit was for everyone but everyone had many laughs. Here no one needed a permission to eat cake

…. but weren’t you surprised at actually getting some …. ?!