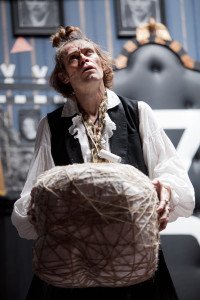 The reason for seeing this play is to witness William Dafoe – he’s an astounding actor who portrays the entire range of human emotions. There’s no one like him on the stage today. The play itself is best seen as a vehicle for Dafoe. Foreman has written, directed and designed this performance piece with multiple symbols, most of which, to this viewer were and are obscure. I remember my first encounter with Hieronymous Bosch’s Garden of Earthly Delights and THAT was more understandable, although created 500 plus years ago. Maybe in time I’ll understand why a giant duck had stigmata… Read more »