Interestingly, diaries give an important slant on a character but they aren’t a last word! 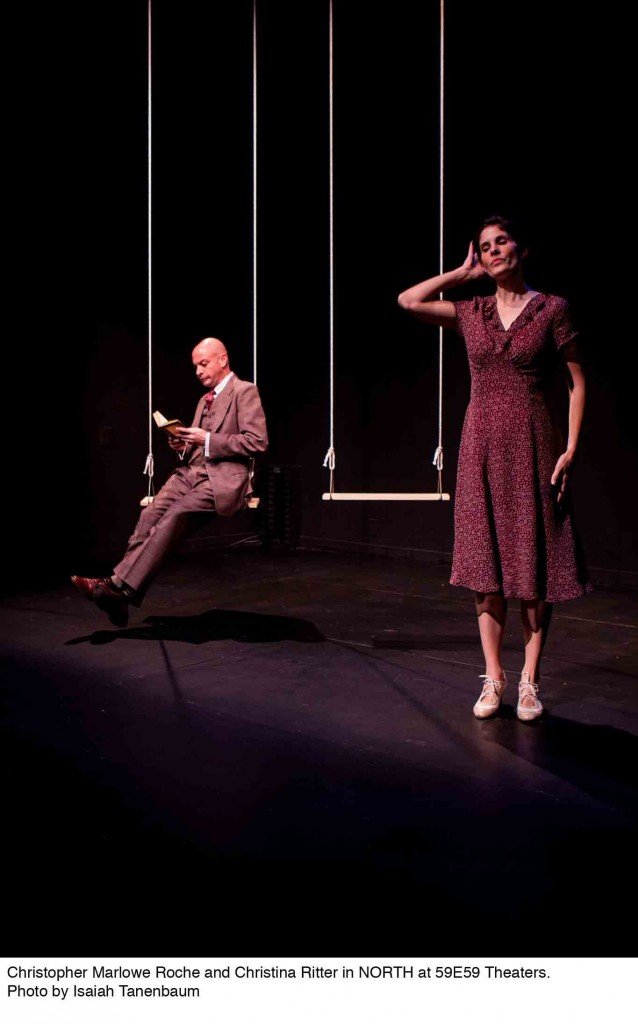 A play about an encounter among three early aviators, Charles Lindbergh, whose first solo flight across the Atlantic electrified the world, his wife Ann Morrow Lindbergh, a pioneer aviator and talented writer, and French aviator and writer Antoine de Saint-Exupery is an intriguing  idea, but NORTH, even though drawn from their writings, doesn’t characterize these historical, intensely charismatic figures consistently or believably.