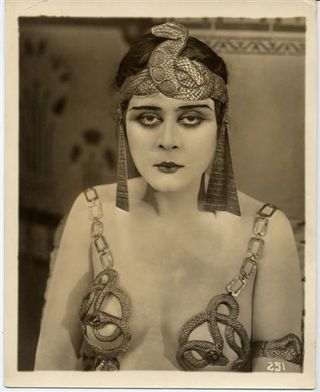 This exhibition brings together 90 publicity photographs, made by the big studios, of major Hollywood stars:  the earliest is of Theda Bara as Cleopatra of 1917, and the latest of Elizabeth Taylor — not as Cleopatra (that would have been fun) — but as Barbara in Ash Wednesday (a woman driven to plastic surgery to keep hold of her husband), dated 1974.

END_OF_DOCUMENT_TOKEN_TO_BE_REPLACED

In Adaptations From Great Authors, Film

I went to Brighton Rock (not usually going to gangster films) because Graham Greene writes great stories and I hoped this one would survive the movie.  It does:  the story is terrific and the film is well done, and well worth seeing.

And at heart an absolute classic on how to build a character and a story on … hesitation.

Set in Brighton, England in the 1960’s, the film tells the story of Pinkie (Sam Riley), a small-time, ruthless gangster trying to be a bigger one.  Killings lead to killings and as Pinkie’s group tries to take over from a rival, powerful gang, Pinkie commits a revenge killing.  On the sunny Brighton boardwalk filled with strollers and “every day” people, Rose (Andrea Riseborough), a waitress in a café, innocently taking the air and reading, accidentally comes into possession of evidence linking Pinkie to the crime, and thus is drawn into his murderous life — it helps that he’s handsome, though awfully grim.

END_OF_DOCUMENT_TOKEN_TO_BE_REPLACED

In Adaptations From Great Authors, Film

Sarah’s Key contains some of the most powerful, heart-wrenching scenes ever filmed — and this is not sensationalism, but truth.  This film is important for making everyone aware of a particularly horrific episode in France during World War II and — if you didn’t know — what human beings are capable of, for ill as well as for good.

Based on the novel by Tatiana de Rosnay, Elle s’appelait Sarah, “her name was Sarah,” this is an unsparing account of the Vel’ d’Hiv’ Roundup in which tens of thousands of Jews were literally pulled from their homes to be sent to their deaths in concentration camps.  The Starzynski family is being dragged away but Sarah, 10 years old (Melusine Mayance), manages to hide her younger brother in a wardrobe, taking the key with her as she, her mother and father are brutally transported to the Velodrome d’Hiver stadium — hence the name Vel’ d’Hiv’.  With the unflinching realism of a great documentary, we see the thousands of people of all ages held there for days without access to food, water or toilets.  Here is  Hell on Earth.

END_OF_DOCUMENT_TOKEN_TO_BE_REPLACED

In Cave of Forgotten Dreams, you follow Werner Herzog and his 3-D camera into one of the rarest and least accessible spots on earth — Chauvet Cave in Southern France.  Here, on its bumpy walls, approximately 32,000 years ago our human forbears painted hundreds of astonishingly lifelike wild animals — horses, cattle, reindeer, rhinoceri, lions, panthers, bears, antelopes — 13 or more species.  What a lot of game — and predators — there were  back then!  These are among the earliest paintings ever found.  Many are overlaid by the rougly parallel scratch marks of cave bears, now extinct.  The 3-D filming brings the region, the river valley, the rock face and the interior of the cave to vivid life, and gives a context for the paintings beyond photographs or conventional film.

END_OF_DOCUMENT_TOKEN_TO_BE_REPLACED

Midnight in Paris is as much a pleasure to watch as Woody Allen’s best films even though it’s not as good — the fantasy is so powerful.  This time travel film takes us, and its main character, Gil (Owen Wilson), a successful screen writer, back to the Paris of the 1920’s where we meet the artists and literati who made the city the brilliant center that we all go to Paris looking for — even those too young or unworldly to realize it.

END_OF_DOCUMENT_TOKEN_TO_BE_REPLACED

… existentialism among the pioneers …

Which way to turn?  Whom can we trust?

It’s 1845 and three couples, one wife pregnant, one couple with a little boy, journeying west in covered wagons, are lost in Oregon territory.  Low on food and lower on water, they’ve been led into a trackless wilderness by their arrogant guide, Stephen Meek (Bruce Greenwood), who thought he knew a better way.  Fighting fear, everyone refrains from complaining but in time the men admit among themselves, “We should have followed the main trunk.”

END_OF_DOCUMENT_TOKEN_TO_BE_REPLACED

With flashbacks and fast forwards, Barney’s Version follows Barney Panofsky through the saga of his three wives.  First, as a sort of straight-man in Rome among his more footloose and artsy buddies, he marries the gorgeous and flaky Clara (Lefevre) because he believes he’s fathered her unborn child (don’t count on it).

END_OF_DOCUMENT_TOKEN_TO_BE_REPLACED

Many people had their say on the Wall Street fraud (it would be indulgent to merely call it a crisis or crash, when a bank is mis-selling mortgages which it knows are trash and will fail, but is also insuring itself against such failure).  This documentary says a lot, very clearly and comprehensively (see for example the New York Times review).  So what is there to add 5 months after the film’s debut and 29 months after the collapse?  And what is there to say from a country not included in the critique to the extent it might justifiably have been by virtue of its considerable financial muscle and its own spectacular bank failures?

END_OF_DOCUMENT_TOKEN_TO_BE_REPLACED

True Grit, filmed by the Coen brothers in 2010, is a western with a true twist, a young girl’s quest for revenge and her determination to stick by the sides of the two pistol slingers in a manhunt through rough western country.

Mattie Ross, a composed and purposeful fourteen-year old girl, hires the grittiest Deputy Marshall she can find, scraggy, old, one-eyed Rooster Cogburn, to track down and bring back alive her father’s killer, Tom Chaney.  Rooster teams up with a Texas ranger who’s after Chaney for his own reason and, since she’s paying — this girl knows money, she was her father’s bookkeeper — she insists on going along.  The two pros try to shake her but she’s courageous, resourceful and unshakable.  She’s also refined and educated and part of the film’s charm is the playoff between Mattie’s serious, formal way of speaking and the rough and ready crudity of the Western tough guys.  The little girl knows what she wants and pushes these two big men around to get it — although they aren’t always pushable.

END_OF_DOCUMENT_TOKEN_TO_BE_REPLACED

In the ballet Swan Lake, the White Swan princess, Odette, good and truly loving, is opposed by Odile, the Black Swan, wild and destructive, both ideally played by the same dancer.  What a role for a ballerina!  And now, in this film, the Artistic Director of the New York City Ballet is looking to cast a new dancer for his new version of Swan Lake.  Which soloist in the company will rise to star in this most coveted role?  Nina (Portman) is in the running:  the charismatic European impresario (Cassel) finds her dancing technically brilliant, great for the role of the White Swan, but lets her know she must loosen herself emotionally and sexually to fulfill the White Swan’s fascinating alter ego, the Black Swan.