… the force of destiny …

Here’s an amazing experience!   You walk into a small off-Broadway theater.  The stage is about as minimal as can be – mainly there’s a baffle board at the back and an upright piano to the side.  Early on  Antigone, kneeling, agonized by Creon’s order forbidding burial for the body of her rebellious brother, expresses her anguish with an operatic soprano aria, “Pace, pace, mio Dio”  from Verdi’s La Forza del destino.  What a shock!  And what a way to convey intense emotion in a play. 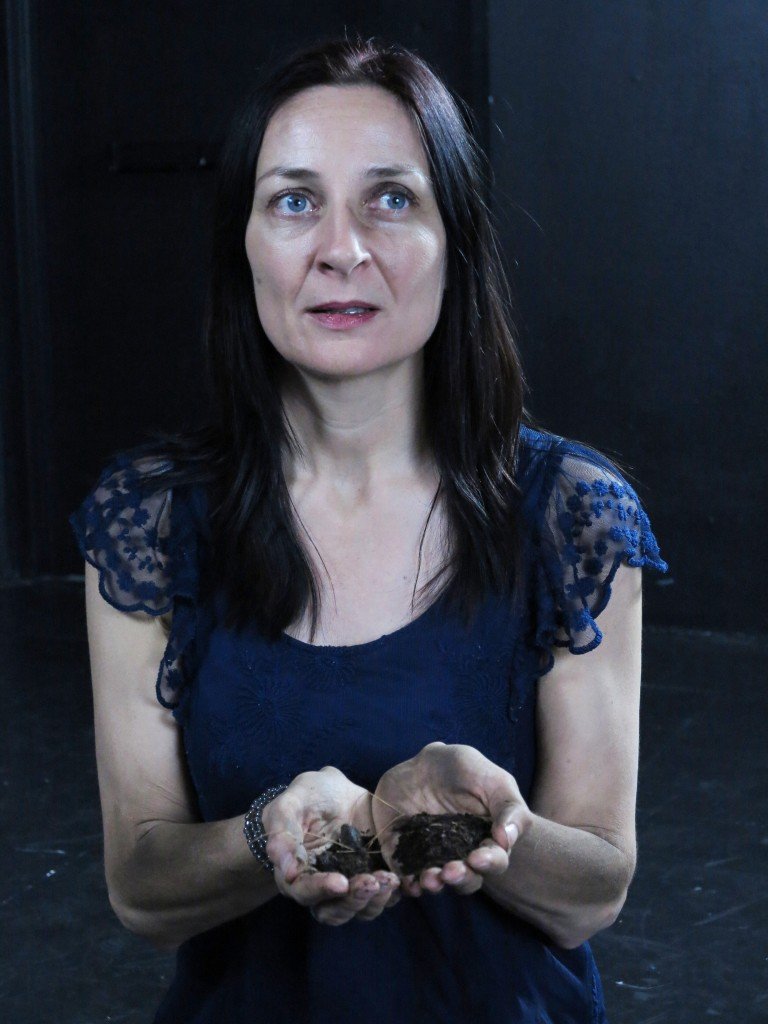 Eilin O’Dea as Antigone, holding dirt from the burial of her brother. Photo Jonathan Staff

The Fusion Theatre, originated by Eilin O’Dea, who directs the production and plays Antigone, is dedicated to the idea of merging classical theatre and opera.   This production  presents the text of Jean Anouilh’s Antigone of 1944 with the addition of four arias, and choral music from Saint-Saëns’ opera Antigone.   The impact is powerful.  The story, that Anouilh drew from Sophocles’ great drama written in the Fifth Century B.C., is famous for pitting the will of a girl against a king.

According to the ancient legend, Antigone, her sister Ismene, and their brothers, Polynices and Eteocles are the children of the fateful marriage of Oedipus with his mother.  Now Oedipus is dead, and his rivalrous sons have killed one another fighting for mastery of the city of Thebes.   Creon, now King of Thebes, has decreed that the insurgent brother who rose up against the city, Polynices, be deprived of the important rite of burial.  Antigone rebelliously contrives to bury him, incurring Creon’s wrath and risking dire punishment.

I knew that Anouilh’s Antigone had been written during World War II and produced in France as a protest against the German occupation, the censors not recognizing in the garb of a “classical” play that Creon’s dictatorship was a stand-in for the fascist occupation, and that Antigone stood for the spirit of resistance.  I didn’t expect, though, that to get the play past the censors, Anouilh had altered Antigone’s character.  Instead of the high-minded woman that she is in Sophocles’ play, challenging Creon with her brilliantly wrought arguments, here Antigone is quixotic, not principled.

Antigone’s statements of how she makes her decisions and why she acts as she does range from unclear to unconvincing.  I’ve heard her rationales in this play called “existential” but by the time Creon has earnestly, even desperately said everything he knows to save her from disaster and she ignores him, she seems just plain nutty.  Creon, on the other hand, and to my surprise, comes across as a sympathetic character, anguished by the conflict between what he thinks he ought to do for the safety of his city and his unwillingness to harm Antigone. 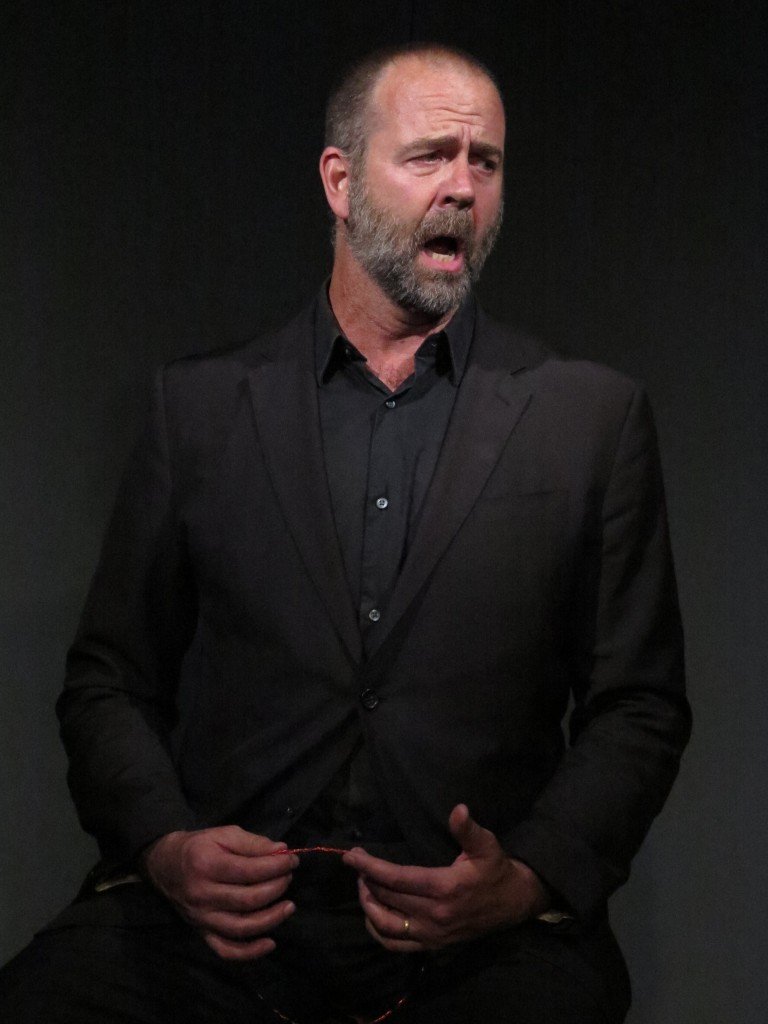 The sympathetic Creon brings us to a high point of this production– Paul Goodwin Groen, the magnificent bass, singing “Ella Giammai,” the aria sung by an equally distressed King Philppe II in Verdi’s Don Carlo.  Omigosh.  What an experience, to hear this full, operatic bass not in a vast opera house but in the intimate setting of, yes, off-Broadway!  Groen’s interpretation of the aria, his acting, his strength and his pathos – again, seen close – are thrilling.  If there were no other reason to see this play – and there are many others – Groen’s “Ella Giammai” would be of itself worth all.

The acting is for the most part of high caliber.  In particular, the multi-talented and creative Eilin O’Dea brings the maximum of dramatic tension to the role of Antigone. Byron Singleton 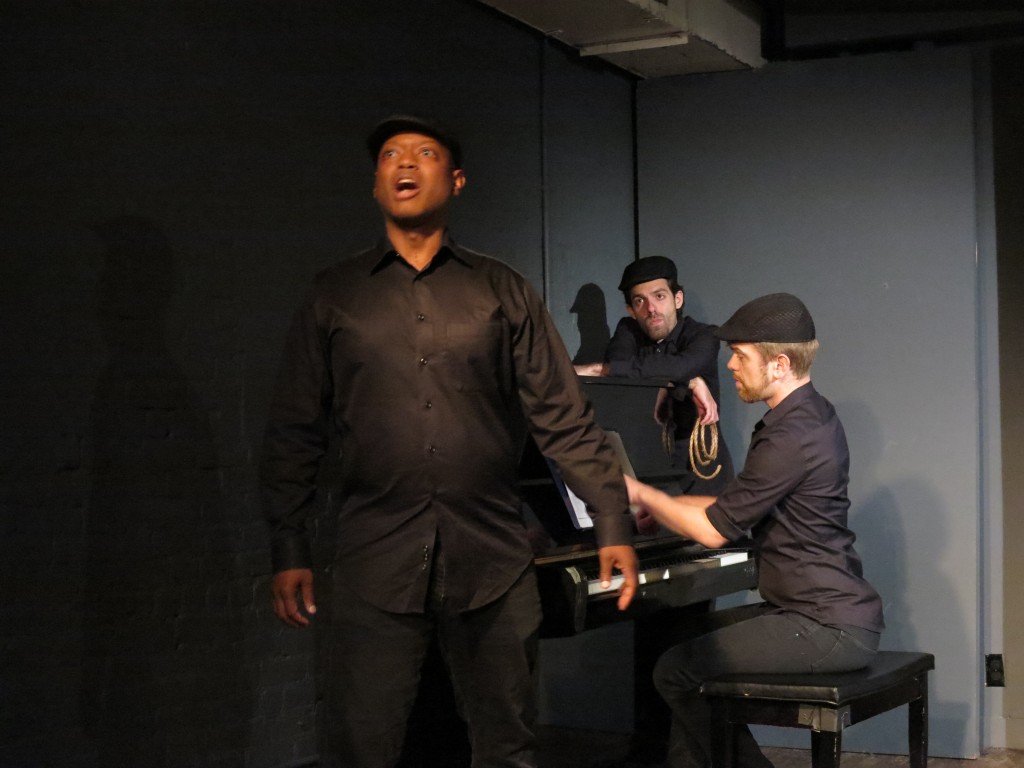 combines down-to-earth self-interest with a touching sympathy in his role as First Guard, and with his fine tenor voice he provides a thoroughly enjoyable rendition of Manrico’s aria, “Deserto Sulla Terra,” from Verdi’s Il Trovatore.  Sue Ellen Mandel is touching as the Nurse, and Igby Rigby is cleverly insinuating as the Page/Chorus – the young “innocent” boy who’s already wise to the world.  Music Director Jason Wirth provides strong accompaniment to the singing, and plays a solo, on an upright piano to the side of the stage.

I can imagine that some may find it a little jarring for Fusion Theatre to pull in operatic arias to Anouilh’s script – perhaps, one may say, rather than “borrowing,” the group should have a composer write the music specifically for this play.  That would be a great idea if there happens to be a Verdi around – one willing to do it on a shoestring.  The operatic music was  thought-provoking, enriching and a pleasure to hear, and did a good job of advancing the Fusion Theater’s point that there’s value of merging classical theater and opera.

After all, we don’t even know what the music was that accompanied Sophocles’ Antigone around 441 B.C. – but we know there was music! 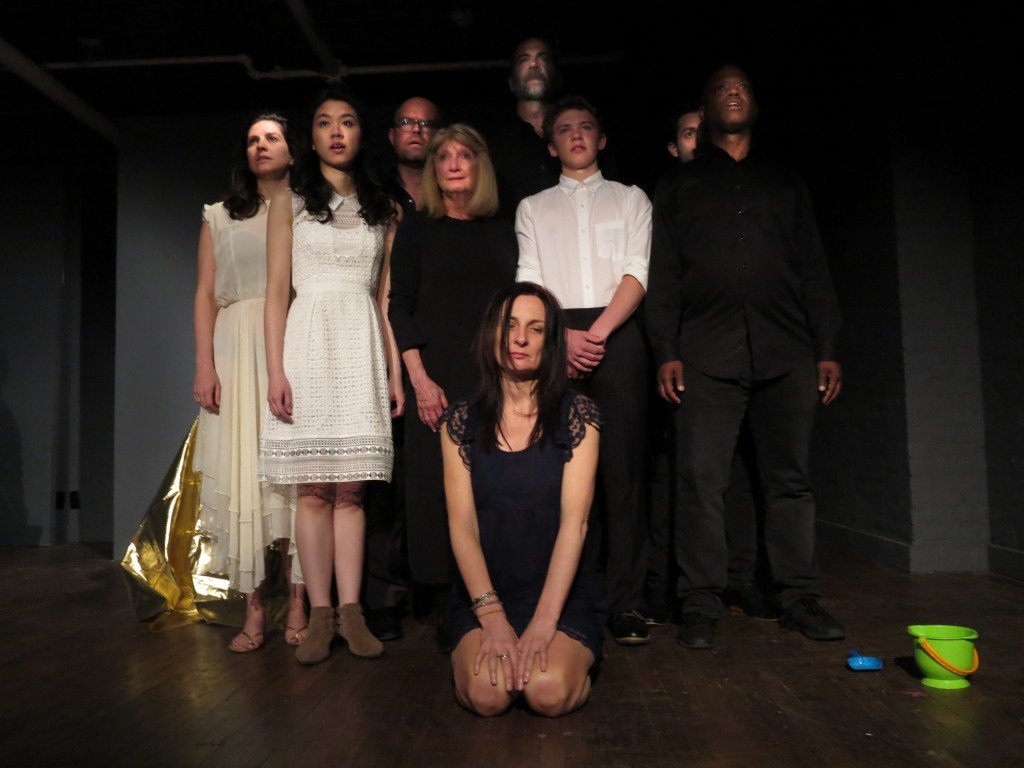 This is always a wonderful experience and this production was no exception. I always wonder -marvel -that we are privileged to witness such talent with what seems to be a parsimony of fiscal resources.

I’m sorry I missed this but I’m looking forward to the next production that merges classical theatre and opera. Thanks for the great review.