This is the first full staging of Liliom in New York in 40 years and it’s such a satisfying play I feel gratitude to Beautiful Soup for producing it.  The musical it inspired, Rodgers and Hammerstein’s Carousel, is among the best  of all time but in some ways the play is even more dramatically powerful.

Written in 1909, the play takes place in Budapest, Hungary, with a foray to Heaven.  Liliom is the nickname of a carousel barker, vibrant, handsome, but also edgy, impatient and prone to violence.  He’s loved by two women — well, all the girls “love” this good looking guy but there are two women important in his life  — Mrs. Muskat, the tough, experienced, older woman who owns the carousel, and Julie, the young, inexperienced serving girl who sets up house with him.

Losing his job with the carousel because he’s taken up with Julie — although Mrs. Muskat would relent at the drop of a hot if he’d come back to her —  Liliom becomes depressed, hanging out with a shady friend and, in his gloomy mood, once hits Julie.   Julie’s friend Marie drops by to show off her stable, loving fiancé, Wolf (the only thing “wrong” with him is he’s Jewish).  Marie, shocked that Liliom hit Julie, tries to persuade her to give up her loser boyfriend but Julie, plain and simple, loves him too much. 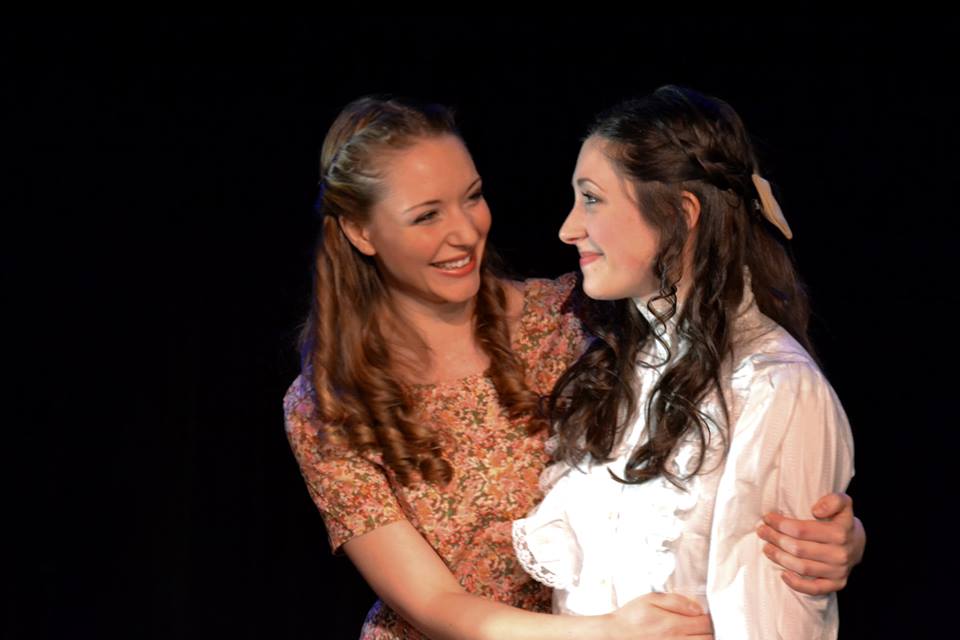 Liliom shakes his mood, though, thrilled to learn that Julie’s going to have a baby, and he muses over the boy he expects to have (one can’t help hearing in one’s ears the song from Carousel, “My Boy Bill…”).   Energized to make money, Liliom, in one of his several bad choices, involves himself in a criminal plan that ends badly.  Though given a heavenly chance to redeem himself, Liliom can’t harness his destructive volatility but, in as touching a scene as has ever been written, we learn that even with that, Julie never stops loving him. 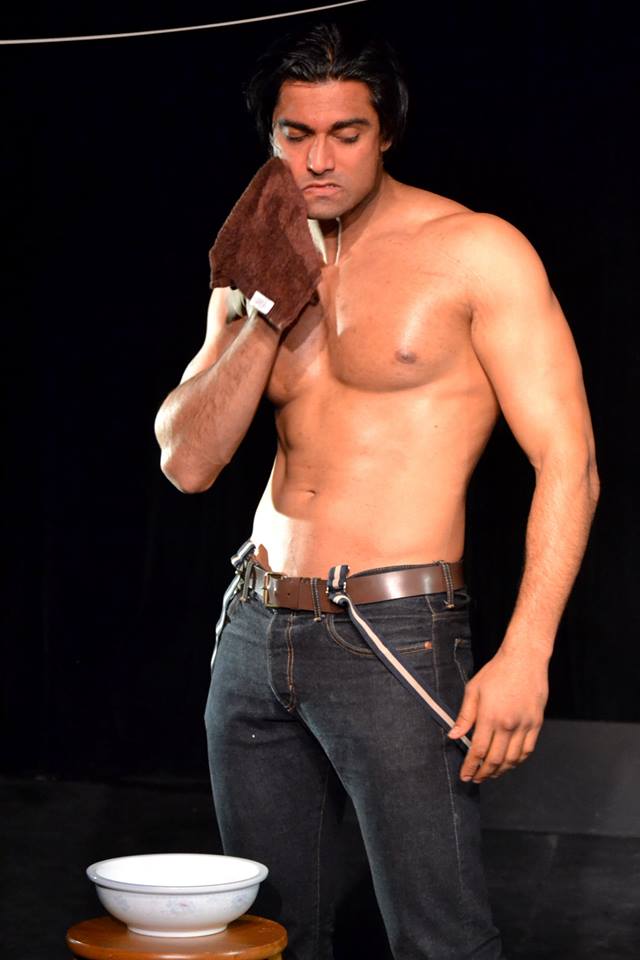 The characters in Liliom are complex, conflicted, three-dimensional, and
very real, and we feel deeply about them.  It’s key that, although the acting in this production is uneven, Gerrard Lobo in the central role of Liliom has star power, including the charisma for us to believe the young serving girl, on her own in the world, would give up a secure job for love of him and — no matter what — never waver in her feelings.  Lobo’s fine and energetic performance conveys Liliom’s multi-sided personality, tender but brutal, cocky but confused, sure but frantic.

Morgan DeTogne as Julie is earnest and sometimes affecting:  I was disappointed that she almost swallowed her last, very great line, siphoning away some of its power.   Sara Hymes is charming, humorous and moves with an actor’s ease in the role of Julie’s friend, Marie, whose relationship with her husband Wolf — both strongly loving and eminently practical —  is a counterpoint to the tragic love of Liliom and Julie.  Kimberly Rogers is tough,  passionate and as coarse as she needs to be as Mrs. Muskat.

The production is simple and effective:  a circle of ribbons conveys the carousel.  Written in 1909, Liliom takes up issues that are alive in our contemporary world, including the relationship between job loss and domestic violence, and the way lack of education and the sophistication that can come with it can land one behind the eight-ball.

Although some productions may be more polished, among several exciting plays I’ve seen this season, this is the deepest and most moving — the one I think I’m gladdest to have seen.

Liliom plays at Celebration of Whimsy Theater in downtown Manhattan through March 9, 2014.

I found this an astounding early 20th century play. The actors are really great, the story itself was very moving and I felt empathy with the characters as created by the actors. Even the make-believe sequence of discussion in heaven and what happened from it was moving, as was the return to earth and the events there, equally moving. A must-see!

Marie Is Played by Sara Hymes not “Hynes” Thanks