Cactus Flower is an engaging, delightful light comedy, beautifully presented currently at the Westside Theatre.  I’m sure the whole audience left smiling and happy — as I did.

The show is placed in the 1960’s against an appealing set of the period that morphs easily as dentist’s office, to studio apartment, to a Hernando’s Hideway type of cocktail lounge — all against a stylized and invigorating New York skyline featuring the Empire State Building.  Here’s the situation:  Dr. Julian Winston, an attractive, successful — and unmarried — dentist keeps his mistress, Toni, on a string by claiming he has a wife and two children.  Toni, though expresses — dramatically — that she’s become fed-up with being the “other woman” so Winston, to avoid losing her, promises to divorce his wife to marry her.  Only has has no wife.  This might not seem a problem but Toni, with her own style of virtue, and not wanting to be a wicked home-breaker, insists on meeting the wife to make sure the wife’s as eager for a divorce as Winston says.  Clearly Winston has to come up with a “wife,” which he does by persuading his prickly, prissy Nurse/Receptionist, Stephanie, to play the part.

The pay-off is one funny scene after another based on mistaken identities and mispalced expectations.  The lines are witty and the actors are terrific.  Jenni Barber is adorable as the cute, young blond mistress — she first appears in baby-doll pajamas and wears a fetching series of ’60’s miniskirts and boots in various scenes.  Maxwell Caulfield as the handsome dentist Winston, trying to maintain his customary control over events as they threaten to blow up in his face, delivers his lines with great timing and authority.

The key player here, though, who absolutely holds the show together, is Lois Robbins as Nurse Stephanie, and her wry humor, her comic timing, and her extremely funny but humanly believable transformation from uptight, tough-talking nurse in uniform — one character says she looks like a band-aid — to a mature, alluring, glamorous woman is perfect.  She deserves her mink!

The smaller parts are also well played — timing is everything here, and when Robin Skye as Dr. Winston’s seductive older patient shimmies up and delivers a line, it’s impossible to resist laughing.

If this be escapism, make the most of it!  This show is classic fun!

Cactus Flower plays at the Westside Theatre on West 43rd Street in NYC. 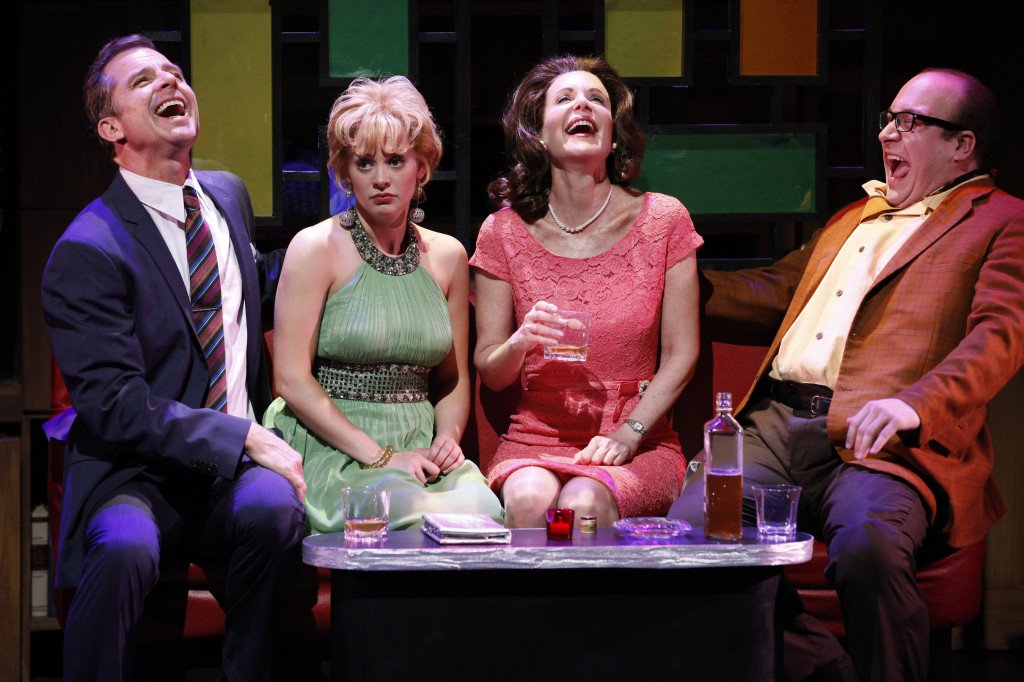 They handled the scene switches very cleverly … and a happy ending for everybody with the audience coming out with big smiles!