Dickens wrote a play?  How interesting, I want to see this?  I thought, learning about the Pearl Theatre’s presentation of Hard Times,  and too intrigued to bother to read further.  But Dickens didn’t write this play* — it’s an adaptation by Stephen Jeffreys from Dickens’ novel Hard Times as I learned when I focused in.  The acting in the Pearl’s production is marvelous, and there are flashes of interest extracted from Dickens but the play is diffuse and comes across as overlong, hinting at its origin in a book that was written to be read gradually — serialized over many weeks.

This adptation of Hard Times is constructed more like a novel than a play, with a hoard of characters and transitions between scenes bridged by straight narrative.  The story largely concerns the conflict between “masters and servants”, as the most touching character, the industrial weaver Stephen Blackpool puts it, between haves and have-nots.  The characters are vivid and often amusing, but each of them also represents, rather simplistically, a social archetype and/or an idea circulating in the middle of the 19th Century including early feminism, early environmentalism, the early labor movement and issues of social justice (Dickens wrote Hard Times in 1854).

Josiah Bounderby is the chief “have” of a fictional, environmentally degraded Coketown, a banker and a manufacturer.  His wife, Louisa, pressed into marriage with the rich man, has sentiments that cross the great divide, though with little effect.  Her father, Gradgrind, represents the dangers of rationalized Utilitarianism:  he’s a schoolteacher who, with the best rationalizing intentions, represses creativity and joy in his students as well as in his daughter and his feckless son .  Grandgrind’s spiritual antagonist is Leary, who runs a circus and serves the play as on apostle of joy.  Grandgrind, though, is one of the most interesting characters in the play in that by the end he changes.  Most of the others just run down.

There are glimpses throughout of a great novelist’s language, humor, and brilliant and compassionate mind at work, and the six actors who share the more than twenty roles among them bring each of his characters to life with wit, energy and understanding — in terms of the performances, the production is a remarkable achievement.  But in spite of their talented efforts, this adaptation doesn’t locate the core of a play in Dickens’ novel or illuminate or enlarge it.

*I’ve since learned that Dickens collaborated on two plays with Wilkie Collins, The Frozen Deep and No Thoroughfare. 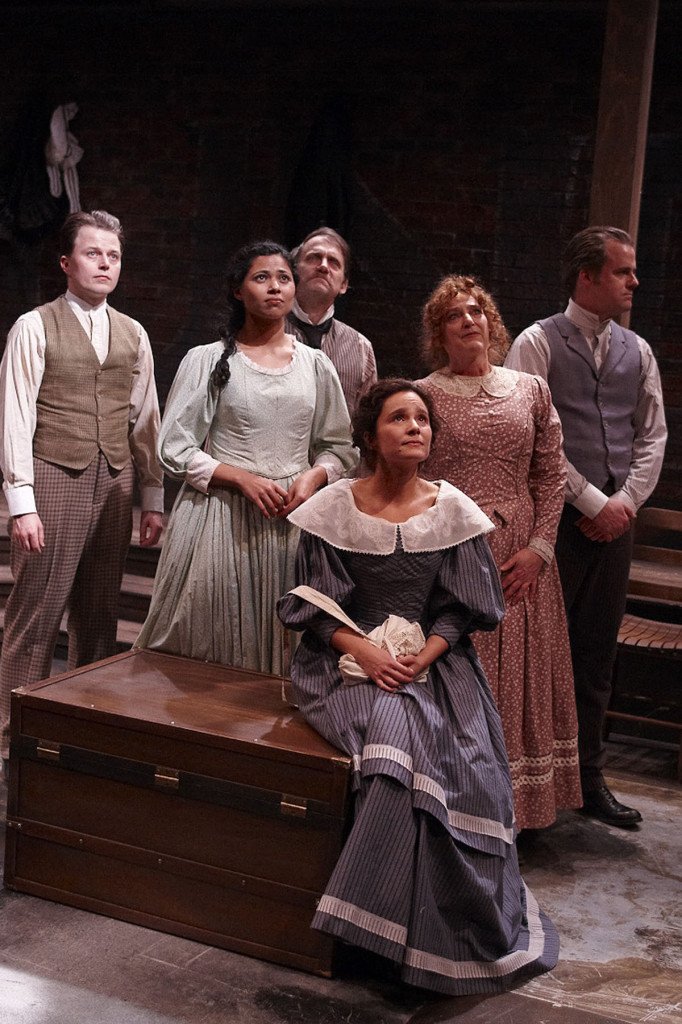 This is a good theater experience – the second act, for me, was the most effective – but could not have been without the background provided by the slower moving first act. Pleasantly surprising was the articulation in the 19th century of the now very current awareness of industrial pollution, the poverty of a technological only education – beware of the technocrat, and social stereotyping. Dickens in almost any form is well worth the penny.